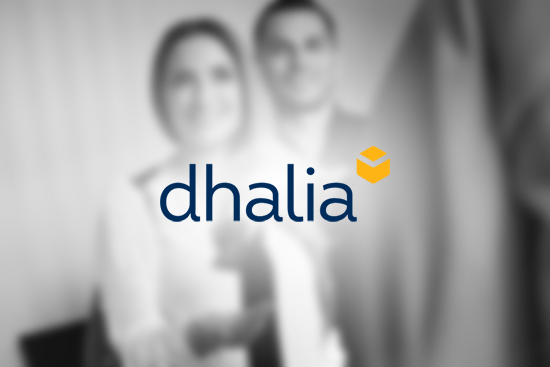 Property for Sale in Msida

Msida is a town located in the Central Region of Malta. It is the commercial centre for the nearby University of Malta and home to a number of businesses and restaurants. Development in Msida has been largely driven by the needs of the university and its students, resulting in high demand for property. Houses, terraced houses, apartments, and penthouses are all in high demand and do not stay on the market for very long. This has made Msida an attractive option for those looking to invest in property on the island of Malta.

Apartments are a popular choice among students who are looking to share accommodation with others, while foreign workers who travel to Malta with their families often favor the Swatar area and Msida outskirts for its quieter residential streets full of family homes. Regardless of your property needs, you are sure to find something to suit your requirements in Msida. With its central location and favorable selection of homes, investing in Msida for sale property is sure to prove lucrative in the years to come.

Msida has a long history as a fishing village, and although it has become more urbanized over time, there are still some fishermen who operate in the village. After Msida developed into a prominent trading port during British rule, it became known as the gateway to the capital city of Valletta. The town has a long history of maritime activity and was once home to a large shipyard. Today, Msida is a bustling commercial hub with a vibrant Marina and an active nightlife scene. Despite its modern façade, the town still retains its old-world charm with narrow streets and traditional Mediterranean architecture.

From beauty to convenience, Msida has everything you want to sustain an enjoyable lifestyle. The city's centre caters to the needs of its residents on a day-to-day basis. It has everything from bars and clubs, to restaurants, convenience stores, dry cleaners, laundromats, hairdressers, gyms, banks, and even a medical centre. And because of its central location on the island, Msida has become one of the most sought-after areas to reside in or invest in.

Property prices have been on the rise in recent years but are still relatively affordable when compared to other locations such as Sliema and St Julian's. Investing in Msida is definitely a solid choice that will yield good returns in the future. Whether you're looking for a seaside property with stunning views or a cozy apartment near the university, you're sure to find something to suit your needs.

Msida is one of the safest places to live in on the island. Most of its residents are students or business professionals. However, some minor risks can be prevalent during tourist high-season. Petty crimes such as bag snatching and pickpocketing can occur in crowded areas such as nightclubs, markets, and transport hubs. Just be aware of your surroundings and keep your valuables close to you while traveling at night.

What makes Msida a special area on the whole island is the fact that it's primarily a university town, being home to Malta's largest and most important university. The University of Malta plays an important role in the economic, social, and cultural development of the town and the island itself. UM's academic research helps to create new knowledge and provides a vibrant higher education for those who seek it. This helps to produce highly-qualified professionals in multiple disciplines that are essential for Malta's continued development.

The university offers a wide range of courses that are designed to meet the changing needs of society and the economy. In addition, UM provides continuing education and training opportunities for those who wish to improve their skills or pursue new career paths. By working closely with industry, government, and other institutions, UM is able to provide students with the best possible education and prepare them for successful careers.

With its convenient location and proximity to key educational institutions, Msida is definitely a town worth considering for investment purposes. Here are the average prices per square meter if you're interested in buying a property in Msida:

In the late 19th century, the British navy plans for a floating hydraulic dock in the central part of Msida were aborted. However, the marina has been growing steadily over the years, and now offers a wide range of services for both recreational and commercial vessels. The area is well-positioned to take advantage of the strong trade winds that blow throughout, and it is also close to a number of interesting attractions, including the historic Fort Rinella. The marina is an important part of Msida's vibrant maritime community, and it plays a key role in supporting the local economy.

Established in 1867, Msida Parish was originally served by the old church of the Immaculate Conception. The present parish church, built in the late 19th century, is devoted to St Joseph. Its design is typical of the traditional baroque churches prevalent a century before, but the Maltese still preferred this style, especially for churches. Today, the parish church remains an important part of the Msida community, serving as a place of worship and a gathering place for parishioners.

The Villambrosa District in Msida is a quaint reminder of the winding roads and pathways that once characterized the town. As the population grew, Msida gradually lost territory to new parishes. Today, Msida is located at an important junction connecting Gzira, San Gwann, and Birkirkara. Despite the town's urbanization over the years, the Villambrosa District is a lovely reminder of Msida's history and is well worth a visit for anyone interested in exploring the charming winding roads and pathways of this charming town.